CAPTION:Wet weekends are dampening our spirits

Winter 2012/2013 seems to be lingering well past its sell-by date  here in the UK.  I don’t know about you, but I’ve had enough of grey skies, freezing temperatures, chilly easterly winds and yet more rain (and snow!).

The weather forecast for this week   is not exactly  putting a spring in my step either: the Met Office is predicting it could be turning  even colder.It doesn’t help that the Long Winter was preceded by the Non Existent Summer….  but don’t get me going  on that one either. In case you’ve forgotten though, 2012 was the wettest summer in 100 years with 370.7mm of rain – it was also the least sunny summer for 25 years with only 413 hours of sunshine. January this year had only 37.3 hours of sunlight compared to 58.3 the previous year and February wasn’t much better. March is  reported to be the coldest for 50 years.

I can’t be the only one who is finding the weather a bit of a downer.

Professor  Chris  Thompson, formerly professor of psychiatry at Southampton University , now head of the Priory Group, says it has been an appalling year for SAD sufferers and also sufferers of  the winter blues – a type of SAD Lite with milder symptoms. The Seasonal Affective Disorder Association agree and say they have been receiving  calls since last July when it was also cloudy and gloomy. Sales of  light boxes used to treat SAD are up by 20 per cent according to Philips. You can read more about what the experts  say here in my article in today’s Daily Mail Good Health section  http://www.dailymail.co.uk/health/article-2299045/Winter-blues-Tired-grumpy-hungry-Why-grey-skies-syndrome-blame-.html

Anyway, I confess: I get the winter blues –  not full-blown Seasonal Affective Disorder but a sort of SAD -lite. In the winter, I’m a tad grumpy, eat too many biscuits and want to hibernate. I don’t feel like this at all in the other half of the year – quite the reverse – I love socialising and am a real glass half-full type. My low mood usually lifts off in spring – I’ve never needed medical treatment – but this year it’s just going on too long.

Winter blues,  according to the  UK Seasonal Affective Disorder Association (SADA), is a milder version  of SAD – the classic symptoms of which are low mood,  excessive sleepiness, cravings for carbohydrates (toast or hot cross bun anyone?) etc. Other symptoms of SAD include waking up in the night or early morning, not wanting to socialise, feeling tense and/or irritable, heavy aching limbs, weight gain and stomach problems, sweating, cramps and needing to urinate frequently.

Symptoms start in Autumn and lift in Spring. Only  this year they’re not lifting – because so far There Has Been No Spring.

CAPTION: Spring flowers  are yet to appear

Estimates vary – but around seven  per cent of people are thought to be affected by SAD in the UK – although experts believe many cases go unreported  so the true figure may be higher. You’re unlikely to be diagnosed with SAD unless you’ve suffered the symptoms for two or more consecutive winters.However around 17 per cent of us are  estimated  to suffer from the winter blues – that’s at least 10 million people in the UK – and my guess is that figure is a lot higher this year.

There are various theories as to what causes SAD and winter blues  but most centre on the effect of light on the brain. One theory is that light stimulates a part of the brain called the hypothalamus, which controls mood, appetite and sleep. It is thought that in people with SAD, lack of light and a problem with the brain chemicals produced in the hypothalamus, may be to blame for their symptoms.

Various studies have shown that between 29 and 64 per cent of people with SAD come from families with a history of the disorder suggesting there is a genetic element. Whilst no research has isolated a “SAD gene”,  some progress has been made in understanding a possible genetic basis to the disorder.

Latest research from the University of Virginia in the US has suggested that SAD may be linked to a genetic mutation in the eye that makes SAD patients less sensitive to light. These individuals have lower levels of a photo-pigment receptor called melanopsin which regulates alertness and circadian rhythms (the body’s natural 24 cycle of biological activity/sleep). These individuals may need brighter light levels to maintain normal functioning during the winter months. Not all  SAD sufferers have this mutation – known as the melanopsin mutation –  but scientists  in the study found  individuals with two copies of the mutation had a reasonable chance of developing SAD.

Light boxes are not available on the NHS  but you can buy them from around £180 or hire them for around £18 a month.The strength of light is measured in units called LUX (a measure of brightness).  Look for one certified as a medical device EC93/42. It can be set up to use whilst you are watching TV or working on a computer. I start using mine in the run–up to the clocks changing in October – some people even need them in the summer if sunlight hours are low. For what it’s  worth  I ‘ve used the Philips go LITE BLU.

Some newer research studies suggest that low intensity blue light devices may be more beneficial than high intensity white light in treating SAD because blue light activates melanospin, but these  studies  based on very small  numbers  of patients, so more research is needed into this.

CAPTION:  Log fires and hot chocolate: Winter does have its compensations 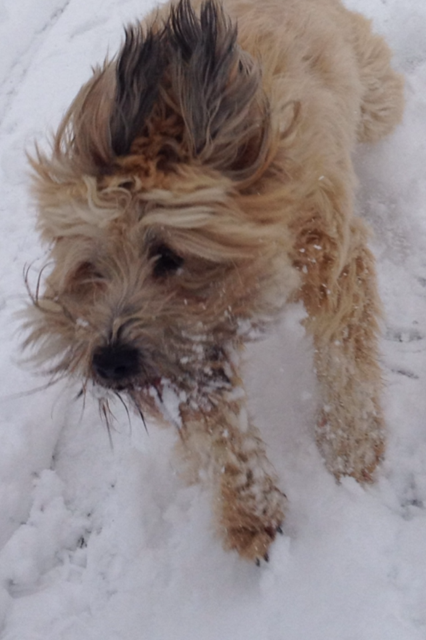 CAPTION: Poppy my Wheaten Terrier is an outdoor enthusiast whatever the weather

CAPTION: Rhodiola – or golden root can be drunk as a tea or taken in tablet form

But for winter blues (aka SAD Lite) the less well- known Rhodiola Rosea may be worth a try. Not heard of it? It’s been traditionally used in chilly climes like  Eastern Europe, Siberia and Scandinavia  to cope with living in a cold climate and a stressful life. Rhodiola isn’t marketed for SAD – but for stress , anxiety and exhaustion. Rhodiola Rosea (also known as golden root) enhances physical and mental performance, stimulates the nervous system and fights depression, according to the Sloan-Kettering Cancer Center in the US. Studies are limited in humans but include  one paper published in 2007 which showed   improvements in depression and another in 2000 where the results showed improvements in the symptoms of generalised anxiety disorder.  Latest research  just published  this month suggests rhodiola may be  useful for increasing stamina and endurance in marathon runners. Try Schwabe’s Vitano or  Healthspan’s Rhodiola 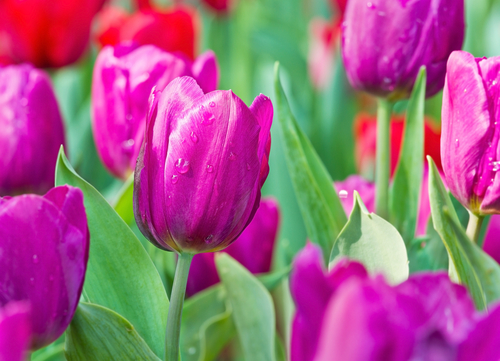 British (and European) Summertime officially begins on  Sunday 31 March 2013 – so let’s hope Spring shows its face after that.  There are  even rumours that the  late spring could mean we are in for a heatwave.In the meantime if anyone spots the sun TEXT ME  –  immediately. That garden chair by my back door? It’s got my name on it…….

And here’s something to cheer you up ….George Harrison – what a treat….