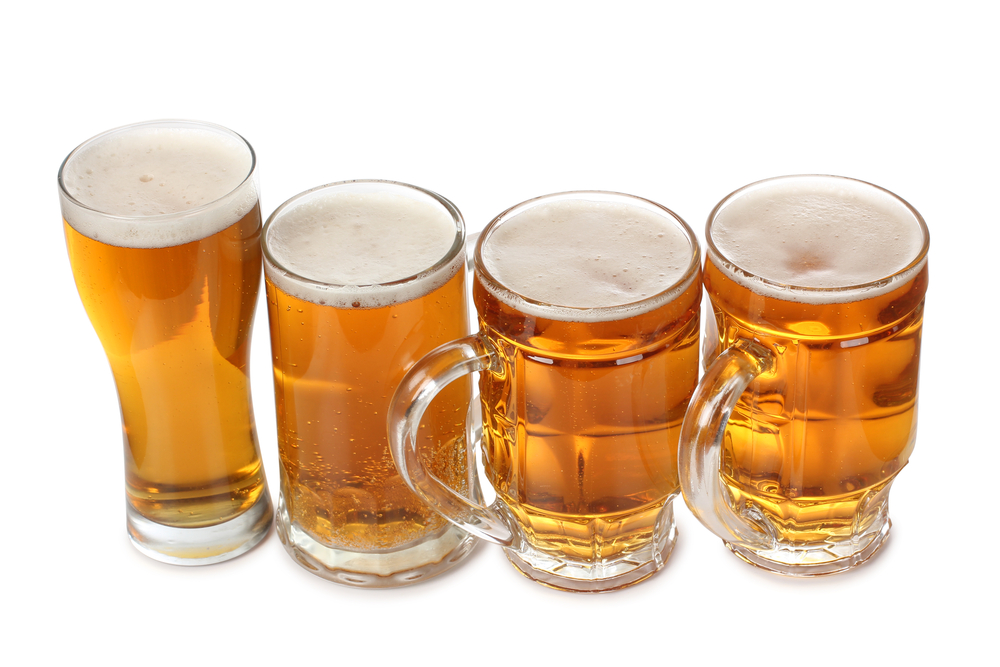 CAPTION: Beer drinking is linked to gout – but it’s not the whole story

This article is all about gout. Yes,that funny disease that causes an inflamed, painful, big toe – you know the one. It’s hilarious – you get it from overdoing the booze and eating too much rich food – so it’s all self-inflicted and you don’t deserve any sympathy. Well, at least that’s the popular perception of it anyway.

By this point you’re probably sniggering about gout being something boozy hedonists suffer from. And yes, you’ll have that portrait of Henry VIII th popping up in the popular stereotypes hemisphere of your brain. You know the one – where he’s looking portly and middle-aged with a pot belly, a haunch of venison on a gold platter and a goblet of fine wine in his hand.

CAPTION:Does a Henry VIIIth style diet really give you gout?

Yes, most of us think gout is a joke – although quite why and at what point in history this was decided I’m not sure. I’m pretty certain though most gout sufferers have not been spreading that particular rumour – such is the agony they suffer. Doctors say a gout attack is the most painful thing a human can live to tell the tale about – bar childbirth and kidney stones that is.
But gout is actually no laughing matter; it’s a form of arthritis caused by high concentration of uric acid in the blood. This leads to the formation of tiny needle like crystals in the joints and kidneys (where they form kidney stones) and less commonly in other parts of the body including the spinal cord and the vocal chords.Gout is as painful as rheumatoid arthritis – but does anyone laugh when you say you’ve got that? Exactly.

Why gout can be so serious
If left untreated or uncontrolled gout can form chalky lumps called tophi, which can severely damage joints, making walking and using the hands extremely painful. In extreme cases joint replacements and even amputation is necessary (although the latter is virtually unheard of).
The serious complications of gout hit the national news headlines in January when it was revealed that Mark Cahill ,52, the UK’s first hand transplant recipient needed a new hand because his old one had been destroyed by gout.
But even when the-gout-is-serious message gets across – there’s still this misconception that gout is entirely self-inflicted and just down to an appetite for booze, steaks and oysters. In fact, although a diet rich in purines – proteins found in foods such as red meat, offal, seafood, shellfish,alcohol, (particularly beer)and vegetables including cauliflower and lentils – can raise uric acid levels in the blood and lead to crystal formation in the joints – it’s not the whole story. Gout is actually down to how your body processes and eliminates uric acid from your body and not on how much rich food you eat. In people who don’t suffer from gout – eating purine–rich foods can raise uric acid levels but their kidneys are efficient at eliminating it from the body in urine. People with gout actually have a defective mechanism for eliminating uric acid from the body – and this is thought to be a genetic predisposition

Funny and self-inflicted
When I was interviewing gout sufferer Neil Pert for this feature I wrote for the Daily Mail Good Health section
section http://www.dailymail.co.uk/health/article-2273436/Gouts-laughing-matter-So-dont-GPs-seriously.html#axzz2K6t6jDCn this week, he told me the worst aspect of coping with the disease is the sneering and sniggering he has to put up with from others. ‘They think gout is a big joke,’ Neil recalls. ‘My doctor seems to feel its all self-inflicted too, but I haven’t touched booze in eleven years and follow a strict diet – to avoid purines which can break down into uric acid and cause gout. I avoid red meat, offal, seafood, shellfish, oats and a whole host of other foods to try to control it.’

Unfortunately though, Neil, a postman, now has daily joint pain in his feet and has had to transfer to a desk job and is worried about his long-term health. His doctor did offer him treatment with a drug called allopurinol – but he didn’t like the sound of the side effects and tried to control his uric acid levels with diet alone.Despite losing six stone in weight though (down from nearly 23 stone) – he now has joint pain in his feet and elbows.

CAPTION:Gout can affect any joint but an inflamed big toe is the classic symptom

Neil’s situation is typical of how gout can if left untreated or under controlled can then destroy joints. Professor George Nuki medical adviser to the UK Gout Society though says joint damage is entirely preventable if uric acid levels are controlled by drugs but the condition can be poorly managed.
The main drug for preventing gout is allopurinol which works by reducing uric acid levels in the blood by blocking the activity of the enzyme that converts purines to uric acid. GPs are supposed to start patients off on a low dose and then gradually adjust it upwards until blood tests reveal that uric acid levels have been reduced to such a level that the crystals dissolve and new crystals stop forming. But research has revealed less than 10 per cent of patients receive the follow-up blood tests – so many people stay on the low dose that does not reduce their uric acid levels sufficiently and crystals continue to grow and can damage their joints.
If patients can’t tolerate allopurinol(possible side-effects include skin rashes, headaches, indigestion and diarrhoea), or they can’t be prescribed it because they have kidney problems, the alternatives include febuxostat – which acts in the same way but is broken down by the liver instead of the kidneys – and benzbromarone, which works by stimulating the kidneys to excrete uric acid.

Dr Alex Brand , consultant rheumatologist at the Chelsea and Westminster Hospital and the private Lister Hospital says joint damage from gout can be very severe .’It can make walking difficult and painful and severely limit the use of the hand. Very elderly people tend to have reduced kidney function and higher uric acid levels. Certain drugs such as diuretics and other drugs used to control blood pressure as well as aspirin – which are commonly prescribed in the elderly can also raise uric acid levels.’
New treatments
When it comes to treating tophils, this used to involve surgery, ‘but this is rarely necessary these days because aggressive management with high doses of drugs can dissolve them,’ explains Professor Nuki .Krystexxa (peglioticase) is available for patients with severe, disabling gout which has caused joint damage, who have failed to respond to other drug treatments, on a case by case basis only in the UK. The drug hasn’t yet got a licence from the European Medicines Agency, however in October (2012) the EMA issued a positive opinion – seen as the first step towards this.

Neil’s message to you

Neil Pert worries about his future. He says:’Perhaps diet alone is not enough and I do need drugs as well after all – I just didn’t have enough information. I’m really worried about what is happening inside my joints now – I don’t want to end up in a wheelchair or heaven forbid having an amputation.
‘I also want people to know that you don’t have to have a Henry VIII th style lifestyle to get gout. It certainly isn’t funny. People just don’t realise how serious and painful gout can be.’

Here’s another article I’ve written about gout that you may like to read
http://www.dailymail.co.uk/health/article-1267311/Shelley-eats-healthily-hardly-drinks-women-battling-gout.html#axzz2JxMsf3YV